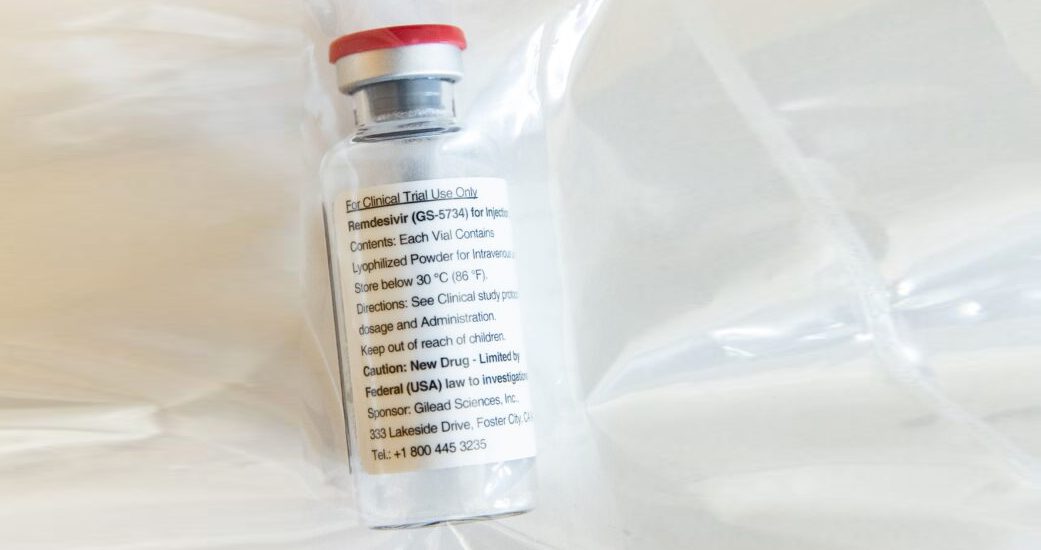 Gilead Sciences, Inc., an American biopharmaceutical company headquartered in Foster City, announced its pricing for the use of the drug remdesivir, an intravenous treatment for COVID-19 patients. According to data analysis from a randomized, controlled trial involving 1063 patients, conducted by the National Institute of Allergy and Infectious Disease, remdesivir was better than the placebo from the perspective of the primary endpoint, time to recovery, a metric often used in influenza trials.

The results of the study showed that recovery time lessened from 15 days to 11 days in those who were given a 10-day treatment of remdesivir. Ultimately, it was found that the drug could significantly help the sicker patients recover. This week, after much anticipation, Gilead Sciences, the manufacturer of remdesivir, has released a price for the drug.

For a five-day course, the cost will be $2,340, and U.S. insurers will pay an additional 33%, or $3,120. Countries in the developing world will get the drug at a reduced price from generic manufacturers to which Gilead has license production. Gilead CEO said determining a price took a lot of time and consideration, but the company is confident the price is below the value the drug brings. He argues that remdesivir would save $12,000 per patient by reducing the time spent in the hospital.

There have been several outside analyses performed to determine what a “fair” price for the drug should be. The Institute for Clinical and Economic Review, a nonprofit which sets benchmarks for what it thinks are fair prices in the U.S., said that remdesivir would be cost-effective at as much as $5,080 per treatment course. Still, due to recent studies showing a cheap steroid’s ability to save ventilated patients’ lives, a fair price might be as low as $2,520. The Institute also found that if the drug does not save patients’ lives, it might be worth as little as $310, and to recoup the manufacturer’s cost, it might need to cost anywhere from $10 to $1,600 per patient.

Ultimately, Gilead expects that insurers and government programs in the U.S. will cover the majority of the costs for the drug, not the patient. The Department of Health and Human Services has bought 500,000 courses of remdesivir for American hospitals, which are expected to last through September. Gilead is continuing to produce remdesivir and is working on a version that can be inhaled into the lungs, which will be priced separately.